One of India’s top recording artists, Jubin Nautiyal, is reaching new heights in the Indian music industry, with over 3 million YouTube subscribers. His latest single “Breaking the Rules” was featured in the Hollywood movie “Initiation” which helped him break into the American music industry as fans around the world play his heartfelt music.

North Miami Beach, Florida – June 14e, 2021 – Best Indian singer and songwriter, Jubin Nautiyal made international headlines with the release of his latest single, “Breaking the Rules”. This single quickly rose to the top of the charts and helped Jubin gain international notoriety as it was featured in the Hollywood movie Initiation and has been released over 7 million times on YouTube alone. While Jubin has been in India’s spotlight as India’s number one musician, his latest single has groundbreaking qualities and is poised to top the US music charts.

Earlier in Jubin’s career, he successively released several hit songs which appeared in many Hindi films. Some of his acclaimed songs include “Tum Hi Aana” and “Bewafa Tera Masoom Chehra”. His recent song “Lut Gaye” became a huge hit with over 660 million views in 3 months. Jubin received the award for Next Male Vocalist of the Year at the 8th Mirchi Music Awards 2016 for his song “Zindagi Kuch Toh Bata” by Bajrangi Bhaijaan and received the Rising Musical Star Award at the Zee Business Awards. Jubin made his debut in the Indian music industry with the song “Ek Mulakat” from the movie Sonali Cable (2014), which was a hit. Jubin has since appeared on MTV’s Unplugged, as well as countless other shows and collaborations.

During a recent interview, Jubin reportedly said, â€œI started making music for people, and I’m so happy and excited that they welcomed me with open arms. I love to entertain, so when I see people from all walks of life listening to my music it really gives me a lot of joy. He went on to say, “Now that I have been able to be successful in India, I hope I can bring happiness to people all over the world through to my music. “

Jubin’s latest release, â€œBreaking the Rulesâ€ is gaining momentum in the US and can be found on his YouTube channel at: https://www.youtube.com/watch?v=RCKABHNTQGs. 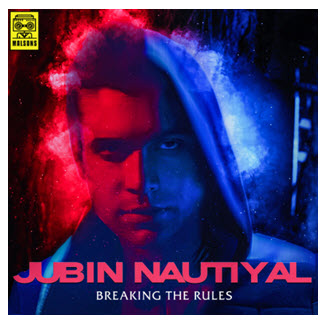