Amitabh Bachchan refuses to slow down and gets back to work, but with all the safety precautions. Over the weekend, the veteran actor walked into his personal recording studio at his Janak bungalow and gave fans a taste of the same via his blog.

“In the early morning there is an attempt to get to work.. albeit in a controlled environment of ‘saptaswar’.. to dub, recite to give voice to the movie of a known friend from the neighboring state” , shared Big B. He added revealed the meaning of the name of the studio and added, “Saptaswar: sapt-7; swar – musical notes .. the place of the 7 musical notes .. the surroundings of the recording studio in Janak .. a small little place that barely accommodates , two and a half people .. a requiem for peace and quiet and in creativity inspires .. sometimes. In another post, Big B gave fans a glimpse of his yard in one of the bungalows and revealed, “Buddha, bonsai, orchid darwaza (door), Laga hai humare aangan ka andaza (gives a sense of our yard ).” 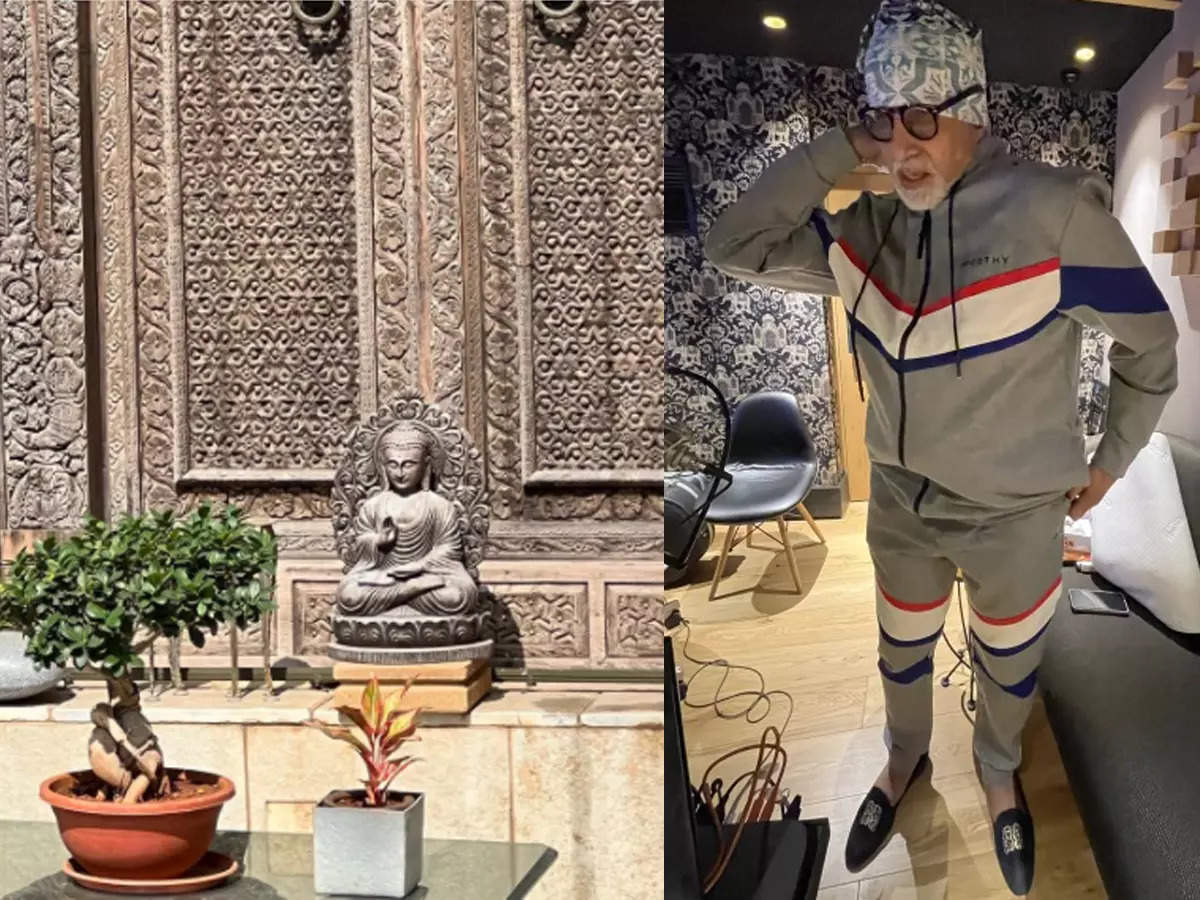 Last seen in ‘Chehre,’ Amitabh Bachchan has a long list of movies slated for release in the coming months. His next venture is “Brahmastra”, which stars Ranbir Kapoor and Alia Bhatt in the lead. Directed by Ayan Mukerjee, this sci-fi drama also features Dimple Kapadia, Nagarjuna, and Mouni Roy in key roles. Apart from that, Big B also has Ajay Devgn’s “Runway 34” and Nagraj Manjule’s “Jhund”. The veteran actor has also signed on for a central role in Prabhas’ upcoming untitled film and will also be seen in the remake of ‘The Intern’ starring Deepika Padukone.